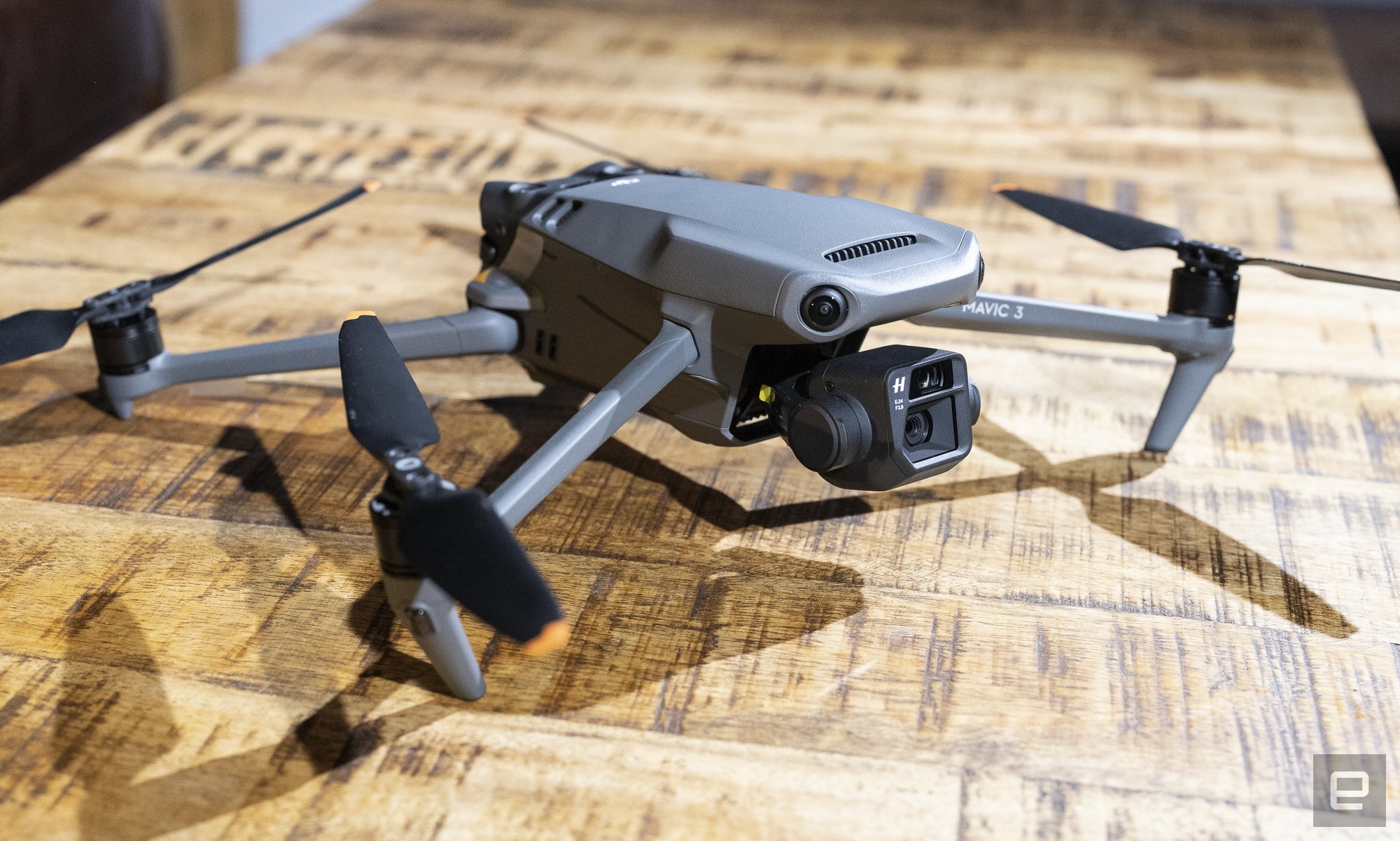 The Mavic 3's main 24mm (35mm-equivalent) f/2.8 - f/11 Hasselblad-branded camera has a Four Thirds sensor that's considerably larger than the 1-inch sensor on the current Air 2S model. It's also clear that DJI has put a lot of thought into the new charging system and batteries that should make operation more practical. It also introduced a carrying bag that converts into a backpack that can fit the drone, a laptop and other accessories. Four Thirds is the same size as the Micro Four Thirds sensor on Panasonic's BGH1 box camera, for example, so it should allow for more cinematic video and photos. And yet, the camera module doesn't look much bigger and the Mavic 3 weighs slightly less than the Mavic 2 (895g compared to 907g). All of that allows "more fluid and diverse drone and camera movement," DJI said. However, I'm impressed so far by the design and small details like the storage cover that protects the camera, gimbals and propeller (below).
DJI is best known for drones, but it's possibly the most inventive camera company right now. After unveiling the outrageous full-frame Ronin 4K camera/gimbal last month, it has now launched the $2,20… [+5471 chars]