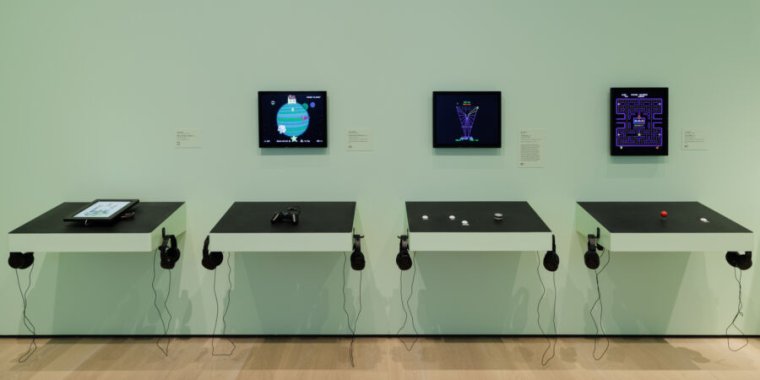 Enlarge/ Video games... in a museum?!5 with 5 posters participatingA crowd of people gathers to spectate. Everyone is smiling, cheering on the PacMan player as she rushes through a maze, evading [+2597 chars]